Welcome to The Hibiscus House 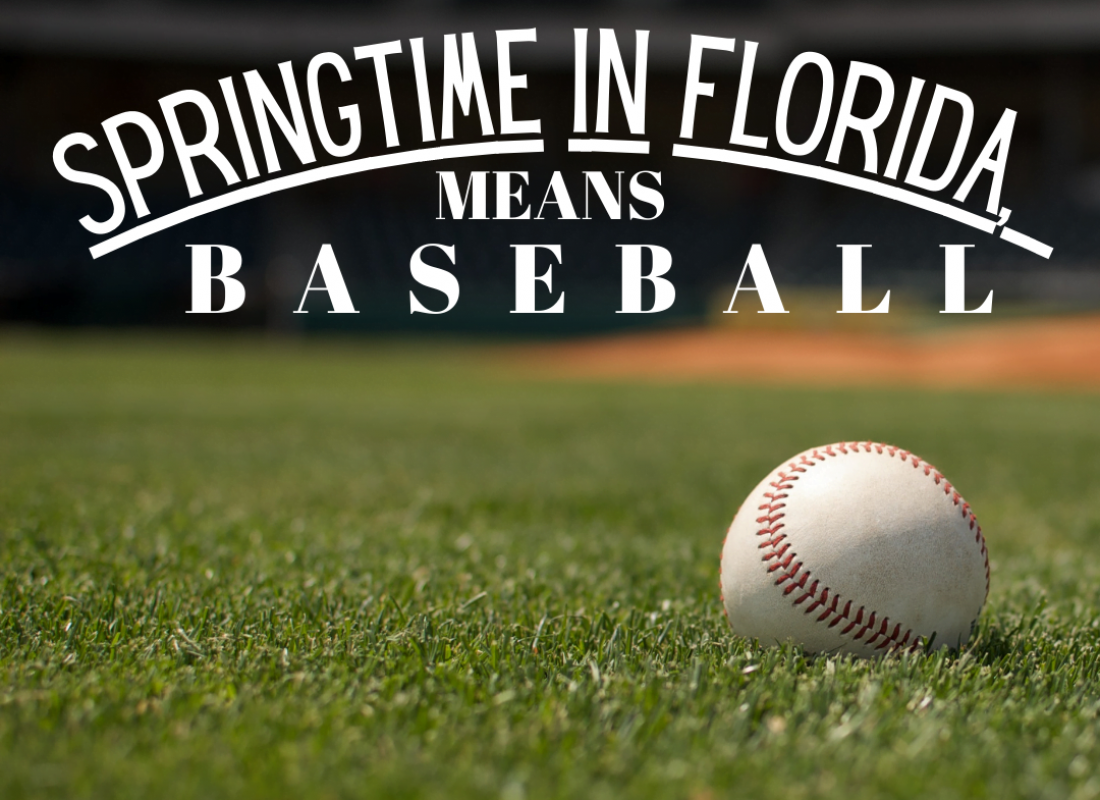 Got Spring Fever? Check out Spring Training in Southwest Florida!

What comes to mind when I say the word Florida?

Is it palm trees and beaches?
Mickey and Disney world?
Gators and Gatorade?

Mine was my brother and the Hibiscus House, but palm trees and beaches were a very close second.

For non-followers of Major League Baseball, spring training brings players back together after the winter break to practice and play exhibition games before the regular season beings in April. It typically starts towards the end of February and wraps up at the end of March. Major League Baseball is divided into two leagues, American and National, each having 15 teams. During this mini-season of spring training, the two are called the Grapefruit League and the Cactus League-humorously the Grapefruits practice and play in Florida and the Cacti in Arizona. And during spring training, the teams only play games against others in their league. There’s no Grapefruit and Cacti blending.

Who trains in Southwest Florida?

The Minnesota Twins call Hammond Field at the CenturyLink Sports complex home for this handful of weeks each year. Hammond Field seats 9,300 after it’s beautiful 2015 renovation that was inspired by Churchill Downs in Kentucky. A welcome entrance waterfall feature and an abundance of shade help keep spectators cool in the Florida sun. As for remembering where you parked the car? Hammond Field named parking rows after great Twins alumni like Kirby Puckett. Their Grapefruit League home opener will be February 28 when they host the Baltimore Orioles, after starting their mini-season away at Charlotte Sports Park against the Tampa Rays on the 27th.

Just five miles down the road, the field at JetBlue Park is an exact replica of the home of the Red Socks, Fenway Park in Boston, Massachusetts. The 11,000 seat park makes the Red Socks feel right at home, complete with it’s own green monster out in left field. Mind you, it’s only the playing field that’s an incarnation of Fenway, not the ballpark in its entirety. That oozes Southwest Florida with white concrete, cool blues glass and seashells compliments of nearby Sanibel Island. The Red Socks will have their home opener on February 27 when they host the Pittsburg Pirates.

What’s the appeal of spring training?

By far, spring training gets baseball fans closer to the action than regular season games. The stadiums are smaller, creating a more intimate feel and brings the players and plays closer into view. Even the sounds of the game can be heard more easily, from umpire calls to player interactions. I’d dare say, for the best overall experience of stadium eats, beer and ball, spring training is where it‘s at.

If you do make it to Fort Myers to get in on the Twins and Red Socks Spring Training action, you can catch even more with a 50 minute trip north to Port Charlotte and the Tampa Bay Rays, 1:20 minutes north to Sarasota and the Baltimore Orioles or 1:40 minutes north to Bradenton and the Pittsburg Pirates.

Even with the COVID-19 pandemic still in full swing, it looks like Major League Baseball will still be playing a traditional 162 game season. The safety protocol for fans applies to spring training and regular season games. The MLB will limit ticket sales and space out fans into pods they booked with at least six feet apart from another pod. Additionally, there will be increased distance from fans to the dugout and fans with proximity to the field, you may see plexiglass barriers as well.

The 2021 MLB season won’t be normal, but it won’t’ be as crazy as the 2020 season either. So get down to Fort Myers for Spring Training and enjoy one of America’s favorite pastimes. I’d suggest you stay at the Hibiscus House Bed and Breakfast. Tell ‘em Lisa sent you! Be safe out there.

Super powers include a strong throwing arm, from 3rd to 1st